Apparently, according to the BBC’s science magazine Focus it takes all mammals, regardless of size just 12 seconds (plus or minus 7 seconds) to defecate/ poo/ shit/ poop/ crap/ take a dump/ deliver a brown Mr Whippy/ drop the kids off at the pool. Seriously? That cannot take into account someone who likes a good read on the bog such as myself. Five to nineteen seconds? No way I take more like five to nineteen minutes! How long do you take and do you take a book or magazine with you? Come on where is the relaxation time in less than twenty seconds? 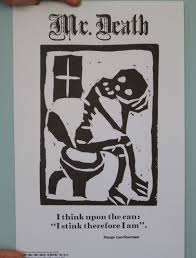 Over the years there have been many versions of the Batmobile in the Batman comics, TV shows and films. But my favourite will always be the truly iconic Batmobile that was used in the somewhat camp 1960s TV show starring Adam West. What have I learnt about that Batmobile recently that I never knew before? 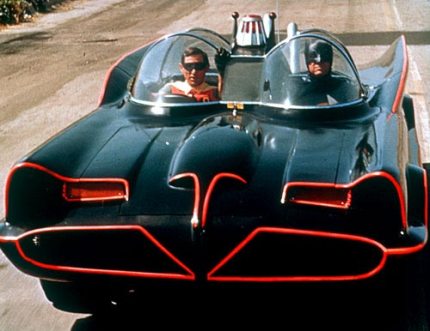 Well I learnt that it was customised from an experimental Lincoln Futura that cost $250,000 to develop and was then sold to the shows producers for a nominal fee of $1. They in turn called upon car customiser extraordinaire George Barris. There will be a Batmobile documentary included on the DVD release of the Dark Knight Rises later this year. Click here to read the source of this post on the Business Insider site.

I am not the sort of person that would collect cars but if I won millions on the lottery I would try and buy the 60s Batmobile or if that was not possible have one built for me. What do you think of this truly classic set of wheels? I really wish I had kept my toy version of it as well.

I’m sure that some of you, particularly any older readers will recognise Hedy Lamarr as an actress who starred in many films from the 30s through to the 50s. Anne Hathaway has also said that her portrayal of Catwoman in the current Batman move ‘The Dark Knight Rises‘ is based on Hedy Lamarr. 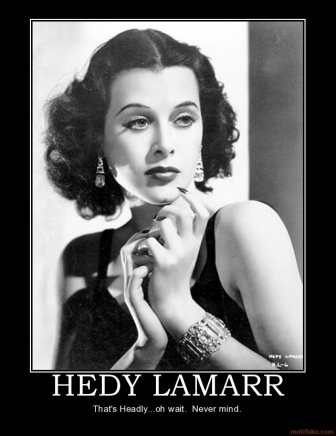 but did you know that Hedy was also somewhat of an inventor? She once approached the US military with a patent (which was granted to her and George Antheil, an avant-garde composer, in August 1942) for a torpedo guidance system. Apparently it was inspired by music and used what was described as ‘frequency hopping‘. It was not used until 1962. 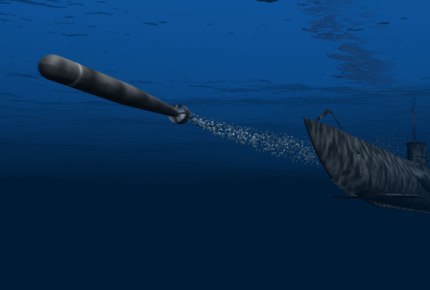 Many years ago I collected autographs, I would have been about seven years old. I probably kept my autograph book until I was maybe eleven. I was not a particularly good collector. Apart from members of my family and the usual joker that wrote ‘by hook or by crook I’ll be last in this book’ I had two celebrity signatures; Leslie Crowther and Tony Blackburn. Later in life I was lucky enough to get the autograph of one of my childhood heroes, Gerry Anderson.

So why am I telling you all this? I haven’t just learnt it have I? Well no that is just background for the useless factoid that I learnt today whilst browsing through Record Collector Magazine. The autographs of the four Beatles are all quite different values Ringo Starr‘s is £850, Paul McCartney‘s is £1,500, George Harrison‘s is £2,250 and John Lennon’s is £5,950. That is quite interesting in itself but what struck me is that Adolf Hitler’s autograph is worth more than each of the Beatles and can go for up to £6,950.Incidentally the last autograph Lennon gave was probably to his murderer Mark Chapman. He had signed Chapman’s copy of the Double Fantasy album. That copy was sold for $525,000 recently.

This got me thinking about what was the most expensive autograph in the world. It would appear that William Shakespeare’s scribble takes that crown. apparently there are only six authenticated Shakespeare signatures in the world and buying one of those would set you back around £2.5 million. It also seems to be widely recognised that the Bard’s signature and his handwriting generally was quite scruffy. see his signature below and let me know what you think.